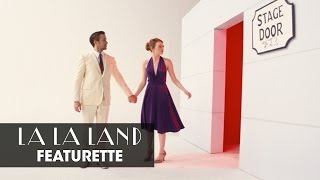 “This Is For The Fools Who Dream” The love of La La Land has not died down since its January release date. Instead, it has built-in momentum, receiving a record-breaking seven Golden Globes, six Oscars and a devoted fanbase. The film is a feel-good factory of music and colour, designed to turn the harshest musical hater to a jazz aficionado before they exit the isles. La La Land revamps the musicals of yesteryear with a grittier realism but doesn’t fail to remind its audience