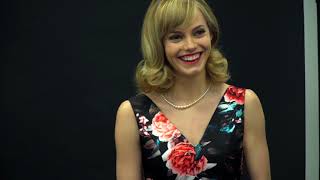 When mama’s boy Bruno strikes up a conversation with a stranger in an opposing carriage, audiences are shielded from the ominous tones of a generic villain. While speaking to his new friend, a young architect named Guy, Bruno devises the best way to beat the rap for murder. Suggesting that if the two exchange nuisances, they would both avoid any suspicion from the police. But what becomes an uncomfortable joke for Guy soon becomes his reality as Bruno commits the first murder 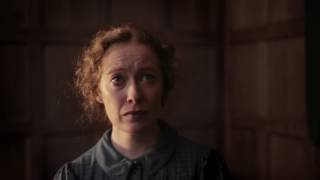 “A person is either with this court or he must be counted against it.” Selladoor production’s echoing adaptation of Arthur Miller’s The Crucible rings through the theatre. With no music and a minimalist set, the growing hysteria running through Salem highlights the recurring impact of religion, politics and capitalism. Written in 1953, The Crucible (based on the Salem Witch trials) is comparable to the paranoia surrounding 1950s McCarthyism. The selective enforcement that tar 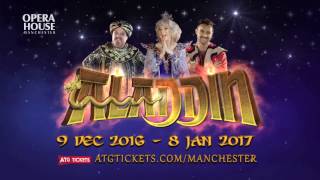 I must put my hands up and admit that I thought I had tickets to see Disney’s Aladdin, the glitzy, glamorous musical with areal stunts and chart topping tracks. When I discovered that I was in fact going to be watching First Family Entertainment’s pantomime production; starring Ex-Loose Women and Benidorm favourite Sherrie Hewson as the Genie of the Ring, I couldn’t hide my disappointment. Nevertheless, #DefinitelyNotDisneysAladdin also stars Manchester actor John Thomson (Co
12
3